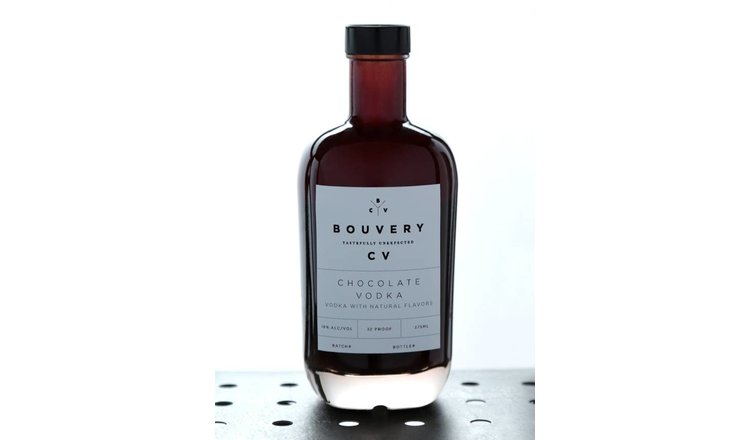 BouveryCV® uses a gluten-free vodka, infused with organic cocoa and natural flavors to create a rich dark chocolate alcoholic journey. From its 1999 inception in Notting Hill, London, Danny Bouvery's interest in blending fine chocolate and vodka (regular occupants in his fridge) led him to experimenting and finally perfecting his secret recipe in New York.

Ultimately used to gain access to the best New York parties with a proviso he would bring his naughty libation, Danny continued to share this decadent creation with socialites, and fend off celebrity New York chefs and bar owners wanting the recipe. The development of the chocolate vodka had improved enough to convince Danny it was time to partner with a distillery, the final piece of the puzzle. The rest is history in the making.

BouveryCV uses a gluten-free vodka, infused with organic cocoa and natural flavors to create a ric..